Even the best-defended U.S. warships may be pulled farther away from an emerging missile kill-zone after Houthi rebels fired two missiles at American ships.”>

The waters off Yemen are becoming a killing field for ships, and while the U.S. Navy is reasonably prepared to confront the escalating danger, Americas allies in the civil-war-torn Middle Eastern country might not be.

On the evening of Oct. 9, forces aligned with Ansar Allahaka the Houthis, Yemens Iran-backed Shia political movementfired two cruise missiles toward the U.S. Navy destroyer USS Mason and the amphibious ship Ponce while the two vessels were sailing in international waters north of the Mandeb Strait.

Ponce functions as a sort of floating base for mine-hunting helicopters and other U.S. forces. Masons job is to protect more-vulnerable vessels such as Ponce. U.S and allied ships patrol the waters around Yemen in order to prevent illicit arms from flowing into the troubled country.

The radar decoy, known as a Nulka, is a rocket that hovers in midair while broadcasting a powerful signal mimicking the radar signature of a warship. The idea is that the enemy weapon will go after the decoy instead of homing in on the real target.

The first Houthi missile fell into the sea, either on its own or after being struck or redirected by the American weapons or decoy. It is unclear whether [SM-2s or decoys] led to the missile striking the water or whether it would have struck the water anyway, an unnamed military official told the news website of the U.S. Naval Institute.

The Americans380 aboard Mason and an additional 210 on the 570-foot Poncewere lucky. But they were also prepared to defend against missile attack. Mason packs a sophisticated radar and scores of surface-to-air missiles plus short-range defensive guns. Ponce is the first Navy vessel to carry a defensive laser cannon that can quickly blast enemy missiles out of the air from miles away.

This is what they do, Eric Wertheim, a naval analyst and author of Combat Fleets of the World, told The Daily Beast, referring to the American ships. Their job is to go into harms way. Moreover, both vessels are made largely of steel, meaning they can withstand even direct hits by missiles.

Our ships are very capable of defending themselves, Secretary of Defense Ash Carter assured reporters in the wake of the failed attack.

The same does not apply to more weakly armed and lightly built ships. On Oct. 8, rockets apparently fired by Houthi forces slammed into the catamaran transport ship Swift in the same area where Mason and Ponce would come under attack a day later.

Swift burned and suffered heavy damage. Houthi media claimed the ship was completely destroyed. Its unclear whether any of the ships crew or passengers were hurt or killed, although the Saudi-led coalition in Yemen admitted staging a rescue operation following the missile attack.

The unarmed catamaran, which hauled U.S. troops under a Navy contract between 2008 and 2013, is now owned by an Emirati dredging company. The Saudi coalition claimed the vessel was hauling humanitarian aid to Yemen when it came under attack.

Its worth noting that ships belonging to the United Arab Emirates and other members of the Saudi coalition have maintained a steady flow of weaponry and supplies to allied forces in Yemen. Houthi media described Swift as a warship.

But as far as warships go, Swift is pretty flimsy. Made of aluminum in order to reduce weight and increase top speed, Swift cant absorb much battle damage. I can say from experience that the aluminum hull design is NOT meant for taking damage, one former Swift sailor wrote on Reddit in 2011.

Thank You!
You are now subscribed to the Daily Digest and Cheat Sheet. We will not share your email with anyone for any reason

A fire would literally melt the ship in half, the sailor claimed.

The problem for the U.S. Navy is that more and more of its ships are aluminum like Swift is, including the dozen catamaran transports the sailing branch is buying and the 40 planned Littoral Combat Ships.

The transports arent meant to sail in harms way. Though well-suited for low-threat environments, craft of this type are unsuited for high-intensity combat, Wertheim said. Those are issues we need to be concerned about as we look at the type of ships were bringing in.

The Littoral Combat Ships are meant for combat, although there are reasons to doubt theyd last very long in a shooting war. The LCSs are lightly armed compared to guided-missile destroyers such as Mason.

To be sure, the attack on Swift and the failed assault on Mason and Ponce a day later seem to have rattled the American fleet. The Navys response was forceful and, ahem, swift.

Anybody who takes action, fires against U.S. Navy ships operating in international waters, does so at their own peril, Capt. Jeff Davis, a Navy spokesman, told Military Times on Oct. 11. Were going to find out who did this and we will take action accordingly.

Who did it isnt much of a mystery. There are only so many military units in the Houthi order of battle with the ability to strike a ship at sea. As the Yemeni civil war deepened in 2015, as much as two-thirds of the countrys military sided with the Houthi rebels.

The defecting forces included the armys missile command and the air forces own missile units. Between them, the two contingents deploy Chinese-made anti-ship missiles, Scud ballistic rockets, and SA-2 surface-to-air missiles that, in a pinch, can also strike targets on land and at sea.

Its unclear which of these weapons the Houthis apparently launched at Swift, Mason, and Ponce. The munitions identity matters. There are a couple of issues that go into the kind of danger a missile would present, Wertheim said, including warhead size and the speed of the missile. Warhead size and missile speed vary widely, depending on the type of weapon.

In any event, Houthi missile crews appear to be honing their tactics. The rebel group claimed its missileers destroyed two Saudi vessels before the apparent successful strike on Swift. And the attack on the American ships, while unsuccessful, has compelled the Pentagon to switch up its tactics.

The military is adjusting our force posture in that area in reaction to the entirety of things that are going on in Yemen and the waters surrounding Yemen, Carter said. That could involve pulling even the best-defended U.S. warships farther away from Yemen, out of the emerging missile kill-zone.

When English researchers from the University of Southampton’s Centre for Maritime Archaeology were mapping ancient underwater landscapes in the Black Sea, they found something incredible.

The Black Sea Maritime Archaeology Project was created to perform geophysical surveys on the sea bed to shed light on why water levels rose so fast after the Ice Age, as this information may help us deal with similar situations caused by climate change.

However, their Remotely Operated Vehicles (ROVs) accidentally came across an eerie graveyard of ghost ships in a Black Sea “dead zone.”

Read More: This Creepy Noise Coming From The Sky Cannot Be A Good Sign

The ROVs had been scanning a dead zone 1,800 meters below the surface when their cameras picked up 40 ghost ships. They are believed to be from the Byzantine and Ottoman Empires, which were founded in 330 C.E. and 1299 C.E., respectively.

Researchers were able to capture these amazing (and slightly unsettling) images with the 3-D recording technology built into one of the ROVs, all while leaving the sea bed and ships undisturbed.

“They are astonishingly preserved due to the anoxic conditions (absence of oxygen) of the Black Sea below 150 metres,” said project investigator Jon Adams.

Adams hopes their 3-D recording technique will lead to more maritime archeology practices that aim to leave ancient shipwrecks intact instead of moving them to the surface and ruining them. He also plans to study the area more thoroughly in the near future.

The sea really is full of mysteries, isn’t it? I can’t even imagine what else lies on the ocean floor. Hopefully, we’ll get to see more of these cool photos soon. 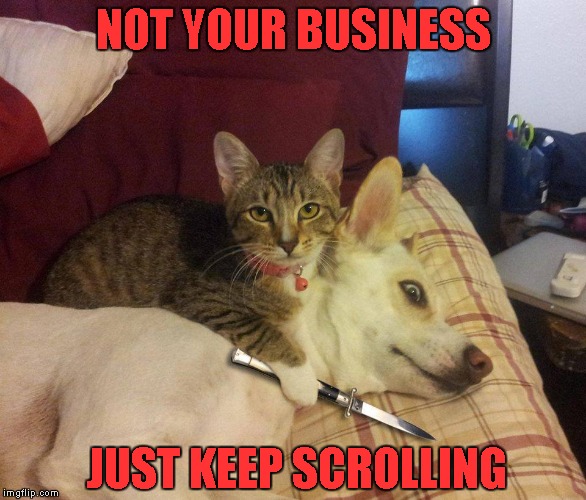 Uber and Disney are giving Star Wars fans a bit more incentive to hail a ride to the premiere of Rogue One: A Star Wars Story with a new promotion that begins rolling out Sunday and should be available in the Uber app in hundreds of cities by Monday. The in-app features, which are available on an opt-in basis (so die-hard Trekkers dont have to endure the pain) will replace the little car images on the Uber map with various Star Wars starships, including the iconic X-Wing.

It doesnt stop at fun graphics, either theres also previously unreleased video content from Rogue One built-in to the app which can be accessed once the features are activated by a user. No hint on what these might be, but Id imagine small featurettes or one-off clips from the film are likely possibilities.

For Disney, this is a smart way to get some last-minute promotion for the film in front of the huge audience of Uber riders out there. Its running December 12 through the 18th, officially, so that will cover the launch window of Rogue One, which debuts in theaters on Friday, December 16.

Its also a clever activation by Uber, since its opt-in by default to avoid confusing or frustrating existing users who arent expecting Star Wars ships all over the place. And tie-ups with major films are a staple of Ubers business model in recent years, including promotions run with Batman v Superman, X-Men Apocalypse and Kingsman, among others.

Now, if only theyd figured out how to make an ACTUAL X-Wing show up at my door for the pick-up. Oh right, theyre working on it.